I initially bought an Epson projector ( EMP-1700 ) on Ebay, thinking it was a single AMLCD model. It wasn’t.  But it was a compact 3LCD XGA resolution jobbie, and it was only £40.  Later I bought a broken Philips XG20 for £25 for some further bits.

My idea was to be able to use the 3LCD module as the display source, but it is bulky, and the clever prism is heavy.  I have since made progress with using a DLP light engine,  the big brother of the kind implemented in the little Samsung Pico.  These can go up to 1080p – I’ll be visiting this solution sometime in the future. 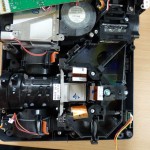 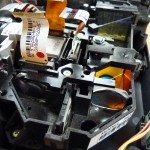 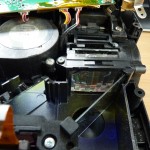 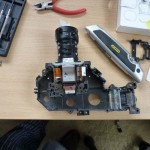 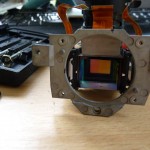 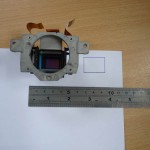 From this carnage, I managed to harvest a few lenses, mirrors and dichroic mirrors. 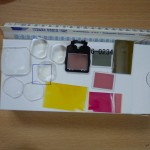 I have now taken things to bits, time to crack on and put them together.